Can U.S. Sovereignty Survive in a World of U.N. One World Encroachment? 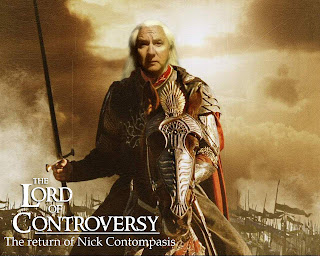 This can’t be overstated enough; the United Nations as an organization and a majority of their members want a one world government. Let me repeat that for those that didn’t get it the first time. The United Nations wants to take over the United States!!! There…., is that plain enough for you?

They want a one world government with no nukes, no wars, no famine, no borders, no religious influence, no domestic Constitutional Rights, no nationalism and no to everything that’s American including motherhood, apple pie and Chevrolet!
In their zeal for this takeover they conveniently ignore our God given Rights set forth in our Constitution. They bring nothing to the table but opportunism. Like the many poor beleaguered countries of the European Union did during its formation. And it’s because of that opportunism the system is failing.
Whether it’s the formation of the Eurozone or a newer and grander Worldzone it’s all the same to the ones in control and who stand to benefit the most. It’s the “bigger is better” idea. It’s the “too big to fail” idea. But it fails and it keeps on failing.
Well, we’ve had enough of too big to fail in the U.S. and now Europe. Maybe it’s time we start fixing what we have, and stop feeding the opportunists of the world who keep making life worse for the common man.  – N.P.Contompasis