Future America If trends keep going the way they've been over the past six years, we in America will soon be seeing new lists of social pariah. Probably the worst list you can be on in America is the sexual offender list. Get on that and you're done. You can't find a place to live or get a job. You're a social outcast.
This is what the far Left, who are now in the White House and in control of our Senate want with anyone who shows any, and I mean any sign of racism, homophobia, anti-Globalism and patriotic or Conservative feelings.
Very soon the very words you put on Twitter, Facebook or in emails will come back to be used against you.
Constitutionally protected campaign contributions will not be off limits to these new fascists. The IRS scandal and the forced resignation of the CEO of Mozilla are examples. Comments made in the privacy of your home are fair game also as we've seen with the Sterling case.
This is very dangerous territory we're falling into and it could very well create one of the biggest violent backlashes this country has ever faced.
History has always pointed to great nations imploding from corruption and thievery, but this would add something new to the list of corrosive ingredients that can destroy a great nation.
It would be the over-protection of self-proclaimed groups of the discriminated.
The backlash would come when the majority are placed on these lists rendering an elitist ruling class made up of those very so-called oppressed.
- N.P.Contompasis
No comments: 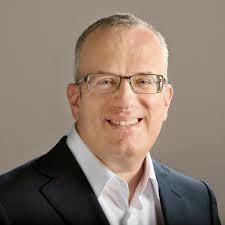 Brendan Eich’s resignation, who was the CEO of Mozilla, is the shot heard around the world. In America, by giving a $1,000 campaign contribution to any idea or candidate that runs against the Left's mindset it will now get you fired, even if you're the CEO and co-founder of an organization.
It has already been understood within America's workforce that keeping your religious and political opinions to yourself is the smart thing to do, if you want to be promoted, liked and keep your job.
But now it's official, Leftist fascism rules the job scene and if you show yourself as a Christian, Conservative or Constitutionalist you could very well be shown the door.
Do you think it will stop here? History tells us fascism never does and America has now become a new type of Communist Soviet Union where you get an education, job, housing, gas rations and anything else needed to survive comfortably if you follow the party line.
This is a frightening event that every America should be following and publicizing. You can be sure the Left won't be pushing this story because of it's intolerant nature.
But, you can bet this practice will continue and gain steam as the Left continues to strangle the private sector.  - N.P.Contompasis
No comments: