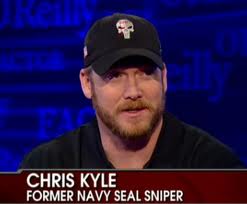 It seems strange that a photo of President Obama firing a shotgun, the last thing you’d expect from an anti-gun President, would surface just hours before the murder of a former U.S. Navy Seal and author of American Sniper. Was this professional hit on Chris Kyle a subtle symbolic warning from the White House that Obama won’t let anyone live who tries to upstage him or his policies of the New World Order?
This may sound crazy, but are the people and organizations behind the New World Order, which former Senator Chuck Hagel mentioned to Obama in Bob Woodward's article in the Washington Post on Thursday, deliberately killing off our heroes as a warning to others that may eventually try to defend the "Old Order” of national sovereignty?
- N.P.Contompasis