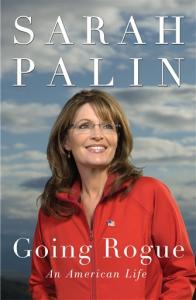 I woke up this morning to a new term “blood libel.” Sarah Palin used this ancient biblical term in her response to the Left’s attacks on her after Saturday’s Arizona massacre that killed a federal judge, five bystanders and nearly killed a liberal Jewish female member of the House of Representatives. After listening to talk radio, TV and reading articles relating to the term, I think most in media missed the thrust of Sarah Palin’s stake in the heart of America’s liberal Jewish community. They, the liberal Jewish community, shamelessly, over the years have supported Barack Obama and his Progressive led congress against the will of most Americans and have shown disdain for even their own homeland, Israel. Where most conservatives support Israel, liberal Progressive Jews run far and fast away from the issue.
“Blood Libel” originally was used to describe an anti-Semitic slur that Jews kill gentile babies and use the blood in matzah (un-leavened bread). Of course over the years the term’s definition changed to describe that a slur was being used rather than the original meaning.
But make no mistake about it, Sarah Palin and her handlers went way out of their way to come up with this word. Ten other words could have been used to describe what she was trying to say, but the use of blood-libel was what they settled on.
Double meanings to words for years have been used to confuse and to send messages to specific groups with direct meaning. Just a few months ago even President Obama used this technique to attack white Americans by saying that they would have to get “back of the bus” which was black payback to white America for segregation that lasted way too long in the South. Ironically, it was his own party, the Democrats, that promoted this practice.
There is no doubt in my mind that Sarah used this word to attack the liberal Jewish community that has a stranglehold on most of Hollywood, television, print news and Internet media outlets. These same outlets are the same people and organizations that have been outright accusing her of the slaughter that occurred on Saturday.
So, was it anti-Semitic for her to use the term? No, but it was a damn good way of slamming the liberal Jewish media community that have been attacking her and her children over the past three years.
I say good job, Sarah, and keep pounding that stake into the heart of the liberal Jewish community.